Jinlong restaurant is actually a miniature of a huge social class. Every character has his own hardships. In this era, it seems unreasonable for us to stowaway, but it is a real thing, including it still exists. This alienated feeling reminds me of Truman’s world, which seems to be watching TV and other people’s stories. There are different classes in the play. It seems that it is a different world, just like in different channels. For them, it is not completely isolated. It is like having the same electronic components, blending and flowing, just like electronic current, which resonates through emotion. In the design of golden dragon, I use TV as the main frame and electronic components as elements to express the story of Jinlong restaurant. 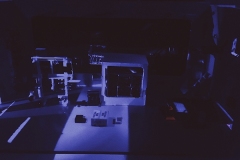 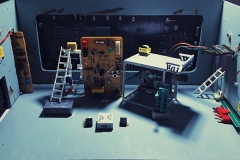 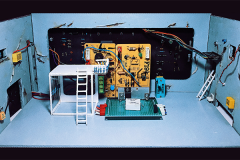 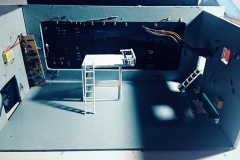 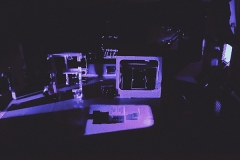 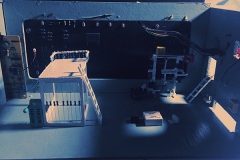 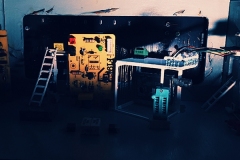 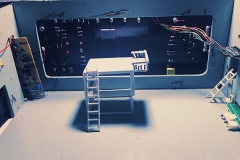 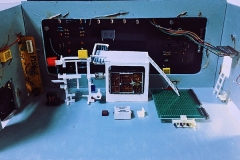 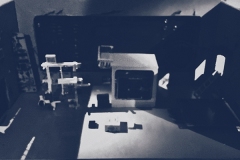 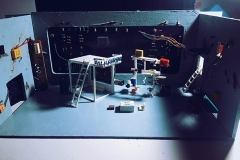 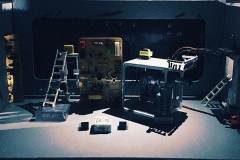 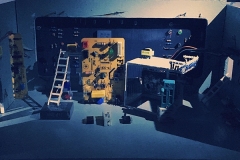 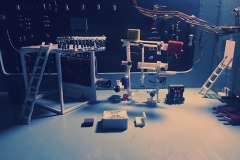 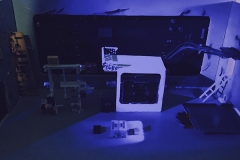 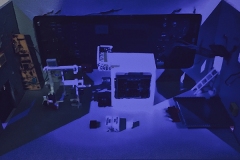 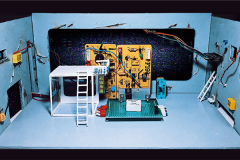 In the design of Macbeth, symbolism is used, and three huge crown scenes are composed of branches and skeletons hung with cloth curtains and ropes to achieve a visual metaphor and emotional expression. Crown scenery can be flexibly combined. Together, it can be a crown, the materialization of Macbeth’s desire. After leaving, it is a thorn bush again, showing Macbeth’s desire and finally hurting himself. Sometimes, it can indicate the castle, palace and other places in the middle world, or create the atmosphere when the ghost of Hamlet’s father appears. This suggestive technique expresses the psychological world of the characters in the play and creates the atmosphere of the scene. The skull crown is the final result of Macbeth’s struggle between reason and desire, corresponding to the skull throne. 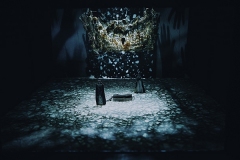 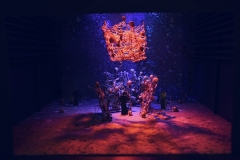 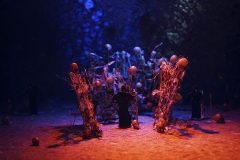 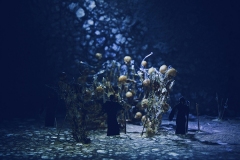 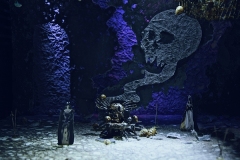 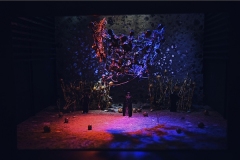 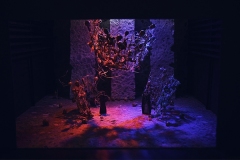 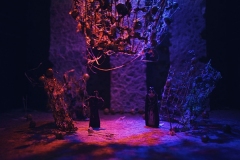 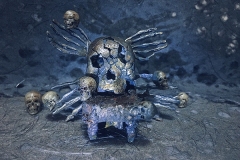 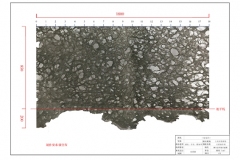 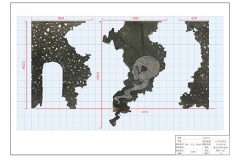 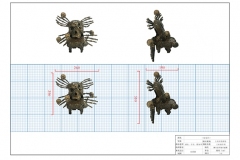 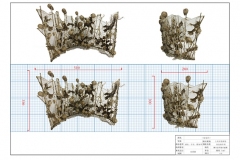