Costume:
The early sketches are mainly European court style, with Chinese Qing Dynasty clothing elements.
Finally, elements of Chinese opera and ancient Chinese architecture are extracted from the design, such as the arrow clothes of Banco, shoulder ornaments of Macbeth and the emperor, and headwear of all the main characters, integrating the elements of beard and helmet from Chinese facial makeup and opera.
The extraction of color is based on the field investigation of ancient buildings in Qing Dynasty. Duncan colors, for example, are extracted from the Forbidden City and the Forbidden City of China. Macbeth and his wife were rescued from the temple of heaven. Although the temple of heaven is not as good as the Forbidden City, it still has its own status, so I chose this color matching method. The colors of banks and witches are extracted from the architectural colors of ancient buildings and gardens in Qing Dynasty.
In terms of production, it adopts traditional European tailoring, and integrates with Chinese elements in terms of clothing style and strength. The overall style is committed to blurring the boundaries between the two completely different styles, forming a subtle artistic tension that is different and similar.
Stage:
The overall structure of the stage is based on the stage of ancient Chinese opera. The graphic design reflects the space division design between the palace and the palace. The upper part absorbs the characteristics of Chinese ancient stage and the Forbidden City, reflecting the twists and turns of tragedy in a cross way. The palace pattern on the stage canopy reflects the magnificence and oppression of the palace. The combination of red and black can best reflect the tragedy of Shakespeare’s tragedy. 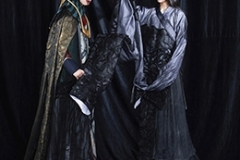 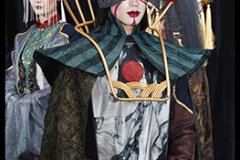 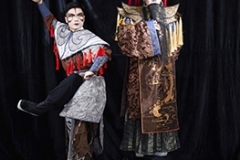 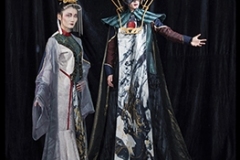 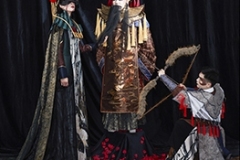 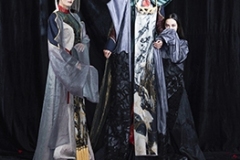 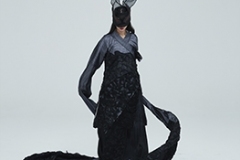 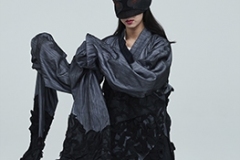 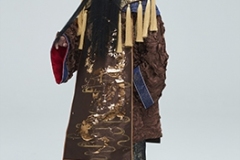 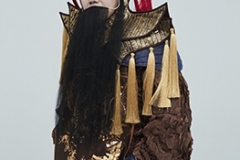 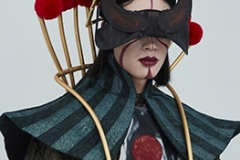 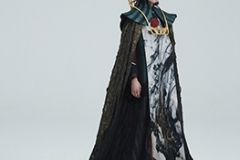 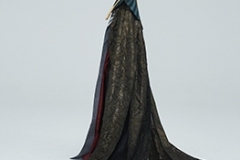 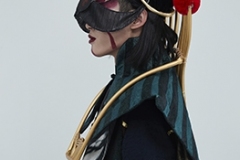 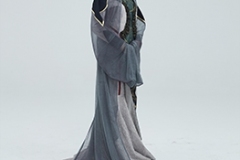 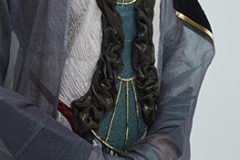 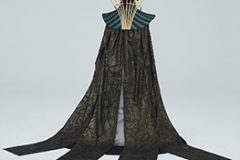 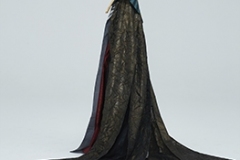 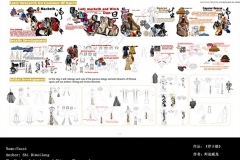 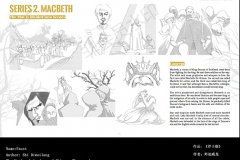 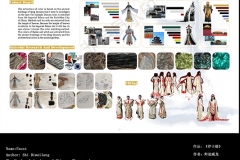 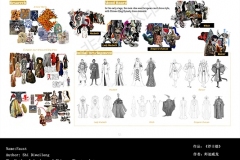