Ballet SHADOW THEATRE of creative inspiration comes from childhood games and interesting childhood memories, the director Yu Xiao wants to light and shadow the two visual elements into the dance movements, presents interesting fairy tale world, I will recall the game of light and shadow these keywords as the beginning of my design, from the children’s picture books ophelia’s shadow theatre series inspiration in the illustrations, the stage design into a box, Receive a case is a memory box, and a game has a magic box box is a constantly changing box: the front of the box is composed of two pieces of lateral movement of the screen, as the box open, the actor will jump out from the box, playing games, dancing on the stage, when the show is going to end, box in front of the screen will be closed again, the actor jump back to the left and right sides of box box six door, as an actor and down channel, from six different beam through the door, to form the base of different scenarios box is a rotating screen can be moved back and forth, will be completed with actors dance moves. 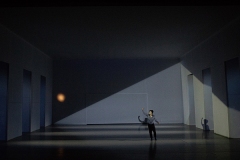 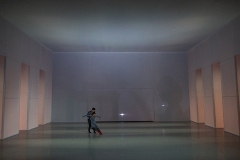 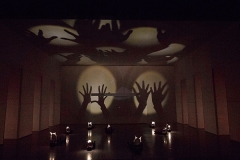 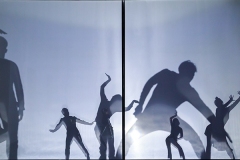 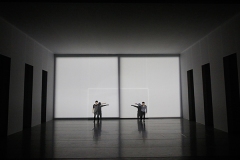 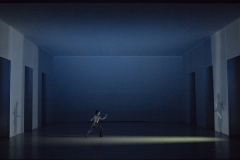 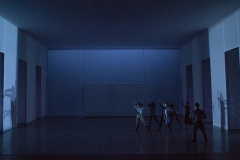