Name: THE PALACE OF ETERNAL LIFE

The Hall of Eternal Life is a drama created by playwright Hong Sheng in the early Qing Dynasty. It tells the story of the imperial love between Emperor Ming of tang and Concubine Yang. I focus on the latter part of the text, where Emperor Ming meets Concubine Yang again and they stay together forever in the palace of Heaven. Lingering and meaningful love looks like a long stream from the eastern perspective, so I chose a streamlined stage performance area. In order to foil the emperor’s love, I enlarged the relationship between actors and stage sitting, so that we can have a more tolerance for emotion. In the picture, I adopted the visual composition of circle, arc and straight line, and unified the circle in the center of the picture, so as to match a beautiful and timeless visual effect for this sad imperial love. For drama and watching drama, the process of watching drama is a moment, while imperial love and our love are a tense. We always hope to realize an absolute eternity in a certain relative space. In other words, immediacy is eternity. Immediacy is eternity. 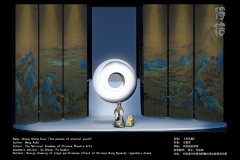 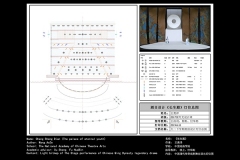 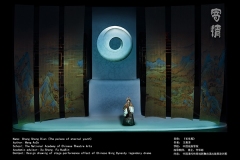 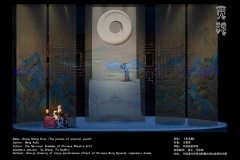 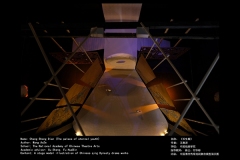 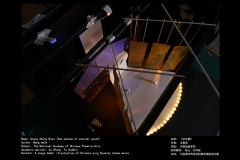 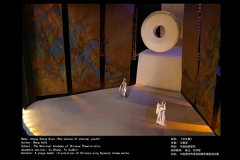 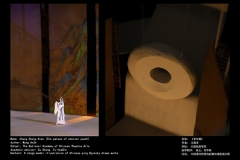 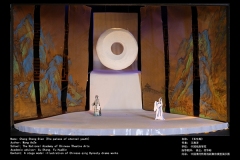 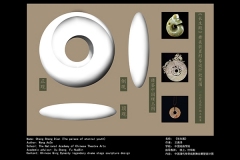 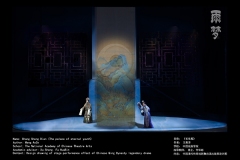