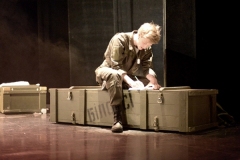 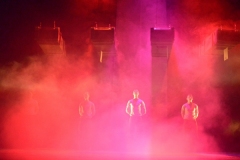 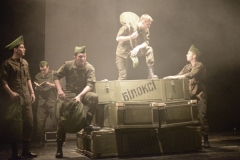 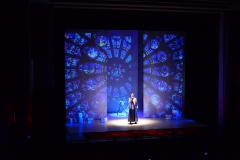 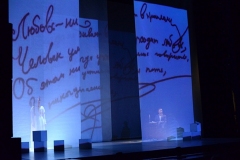 Graduated National Academy of Fine Arts and Architecture in 2002, course of Danylo Lider and A. Kyrychenko.
Since 1998 Oleh workes as a scenographer and costume designer in Kyiv Academic Theatre for Youth at Lypky.
Oleh is a member of National Union of Artists of Ukraine since 2000 and a member of Association of Scenographers of Ukraine since 2003.
In 2003 Oleh received a “GaudePolonia” scholarship from Polish Minster of Culture.
Since 2010 he works as an assistant-trainee at National Academy of Fine Arts and Architecture.
During 12 years Oleh Tatarinov created a scenography for 38 performances. His most famous works are: “The catcher in the Rye” J. Salinger (2013, directed by M. Mykhailihenko), “At 8 pm on the ark” U. Khuba (2014, directed by О. Senchuk), opera “Love drink” G. Donizetti (2017, directed by Zh. Chepela). Oleh is also into fine arts and сollage.