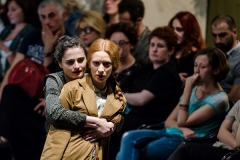 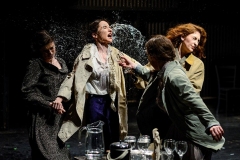 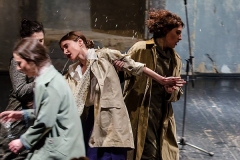 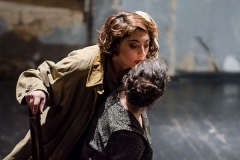 David Tavadze
Born: 1989
Education: 2010 – Shota Rustaveli Theatre and Film Georgia State University. Drama Faculty.
Work:  He is the Associate Director at the Royal District Theatre. His milestone performance was WOMEN OF TROY, where he presented himself as the scenographer as well. The performance was shown in 8 countries and brought him the international fame.  (Authors: David Tavadze, Davit Gabunia.  The play based on the interviews with Caucasian women war-survivors and the play by Euripides.). Collaborates with Badisches Staatstheater Karlsruhe, Maxim Gorki Theater Berlin, Staatsschauspiel Dresden. He is the winner of many Georgian and international awards. Participated in the Georgian National Exhibition The Unlocked Circle at PQ19.