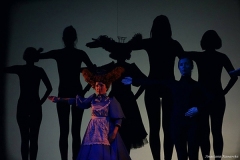 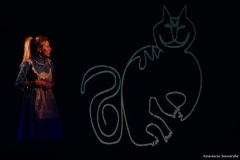 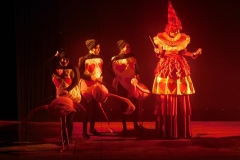 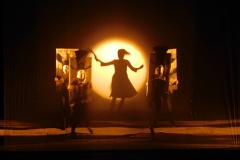 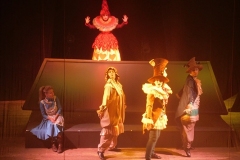 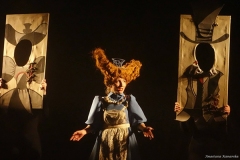 In 1983 Daria Zavialova graduated from the Lviv National Academy of Arts: the Department of Fine Textiles.
Since 1995 she has been working as a painter and since 2003 she has been the main painter of the First Ukrainian Theater for Children and Youth.
She is a member of the National Union of Artists of Ukraine since 2000.
Among the theatrical costumes of Daria Zavyavlova, which had the great success with spectators and theatrical critics, her works for “Judas” performances by S.Cherkasenko’s play (dir.P.Lastovka), “Mowgli” and “Thumbelina” (dir. R. Valko), “Romeo and Juliet” and “For Two Hares” by M. Starytsky (dir. V. Zhila) on the stage of the First Academic Theater, “Maria Tudor” by V. Hugo (dir. P.Lastovka) on the stage of Ternopil Drama Theater.
She is engaged in artistic textile and painting, periodically demonstrating her works at group and personal exhibitions.
Since 1986, Daria regularly participates in exhibitions of the department of artistic textiles LNAM, in the section of artistic textiles of the Lviv branch of the National Union of Artists of Ukraine, in particular, in the biennial “Lviv Gobelin” and “Textile Shale”.
During 2009-2011 she conducted a series of lectures “Costume – is the code of image” in the “ART-key” lecture.
From 2009 to 2017 she participated in the Doll World Festival, where she exhibited her own dolls.